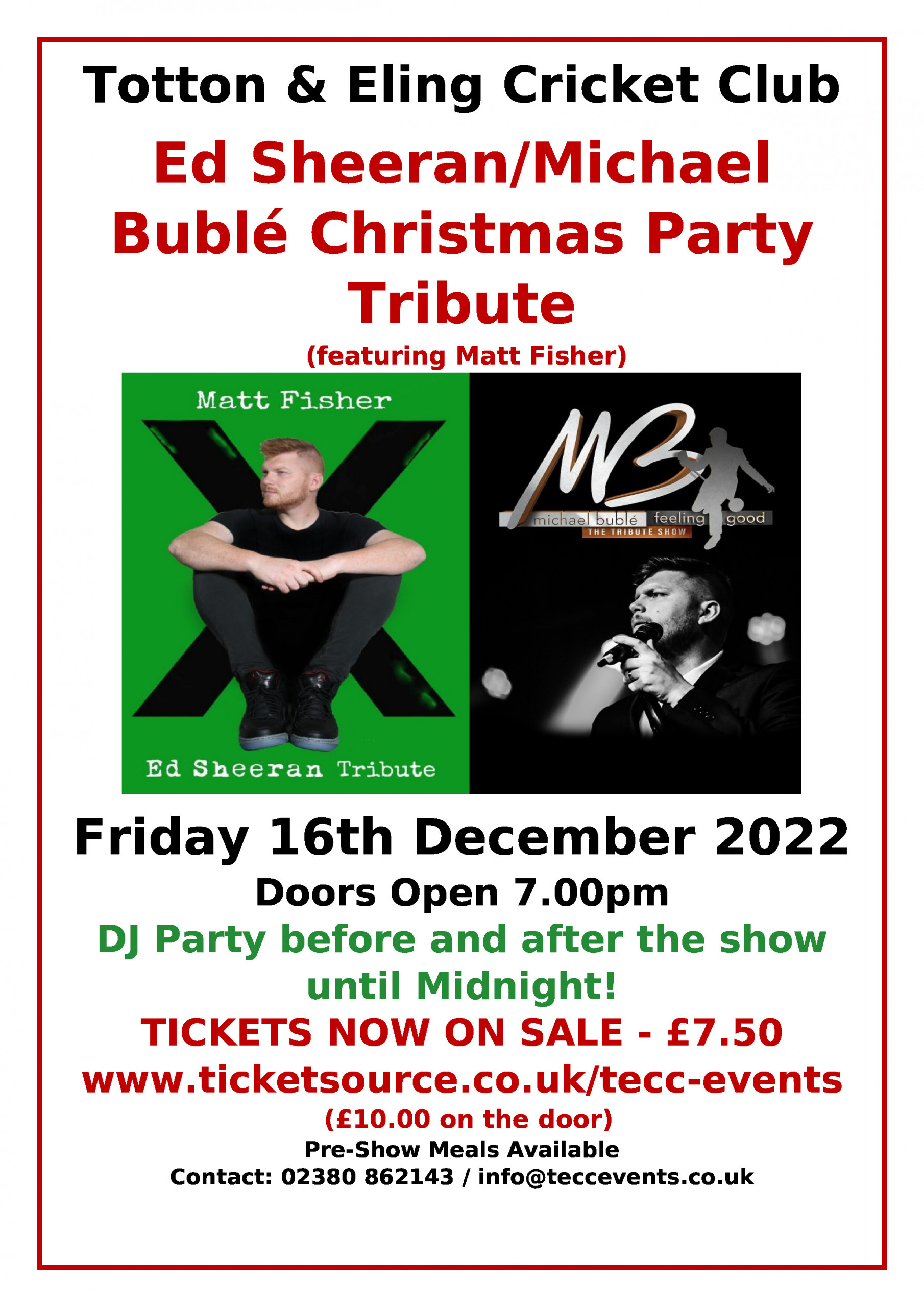 We are delighted to announce talented Kent based singer Matt Fisher will be performing his amazing tribute show.

Starting with The Feeling Good Tribute Show it’s not to be missed by any Bublé fan. The show moves at a beautiful pace, performing songs from Michael Bublé’s songbook from past and present. Matt’s vocals mirror the vocals of Bublé, matched with the quirky Bublé mannerisms and performance style.

“Talking to Strangers” The Ed Sheeran Tribute Show launched in 2018 when Matt headlined the Calitude Park Finals Festival. Since then the show has gone from strength to strength focusing on Ed Sheeran’s newer material from the Equals, X, Divide and  Collaboration album.The move to solo backing tracks allows you to experience the change in Ed’s music away from the acoustic early material to his current full production songs like, Bad Habits, Shape of You and Sing.

DJ “Martin K” will keep the dance floor full between sets and after the show until midnight. Making the night ideal for Christmas Party Celebrations!!!